This series of low cost electrodes are designed for reliable pH or ORP measurements either in-line or in submersible applications. The simplified construction, designed with the user in mind, does not require electrolyte replenishment or any component replacement. The sensor is housed in a molded, chemically resistant Ryton® body with Viton® O-Rings. Complete encapsulation eliminates process intrusion. The sensor features our MagnaSens® peripheral ceramic junction along with a guarded tip. The MagnaSens® double junction provides a longer life in process solutions containing ammonia, chorine, cyanides, sulfides or other poisoning ions.

The pH probe is a rod like structure made of glass or it can be non-glass as in the case of an ion selective field-effect transistor or ISFET probe. At the bottom of the probe there is a bulb which is the sensitive part of a probe that contains the sensor. To measure the pH of a solution, the probe is dipped into the solution. The probe is fitted in an arm known as the probe arm. 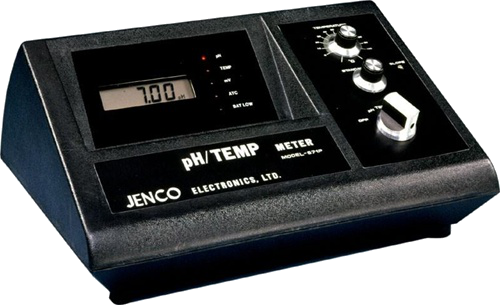 A pH meter is an electronic device used for measuring the pH (acidity or alkalinity) of a liquid (though special probes are sometimes used to measure the pH of semi-solid substances). A typical pH meter consists of a special measuring probe connected to an electronic meter that measures and displays the pH reading. 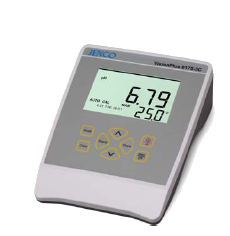 The 6175 benchtop pH meter is the successor of the popular 6173 benchtop pH meter. While the large LCD display and easy of use remains firmly in place, model 6175 now offers 0.1 mV resolution for ISE applications and a streamlined look.

Oxidation Reduction Potential or Redox is the activity or strength of oxidizers and reducers in relation to their concentration. Oxidizers accept electrons, reducers lose electrons. Examples of oxidizers are: chlorine, hydrogen peroxide, bromine, ozone, and chlorine dioxide. Examples of reducers are sodium sulfite, sodium bisulfate and hydrogen sulfide. Like acidity and alkalinity, the increase of one is at the expense of the other. A single voltage is called the Oxidation-Reduction Potential, where a positive voltage shows a solution attracting electrons (oxidizing agent). For instance, chlorinated water will show a positive ORP value whereas sodium sulfite (a reducing agent) loses electrons and will show a negative ORP value. ORP is measured in millivolts (mV), with no correction for solution temperature. Like pH, it is not a measurement of concentration directly, but of activity level. In a solution of only one active component,ORP indicates concentration. As with pH, a very dilute solution will take time to accumulate a measurable charge. An ORP sensor uses a small platinum surface to accumulate charge without reacting chemically. That charge is measured relative to the solution, so the solution "ground" voltage comes from the reference junction - the same type used by a pH sensor 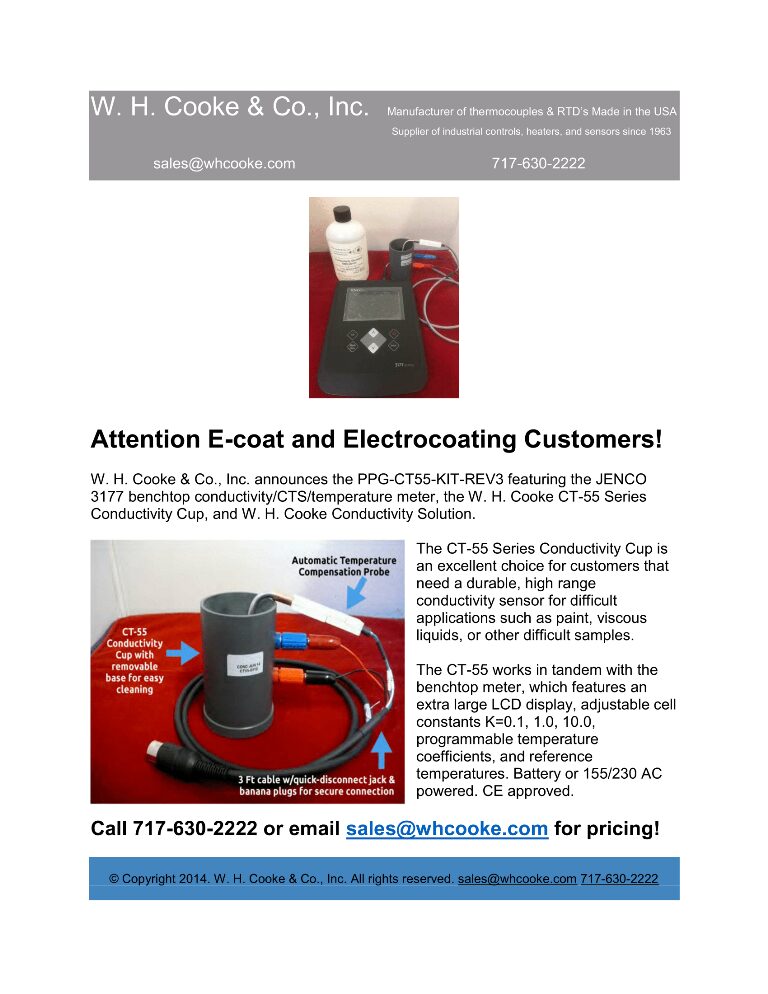 Conductivity is simply the ability of a liquid to conduct electricity, which is related directly to the concentration of ions in the liquid. While pH is concerned specifically with hydrogen ions, conductivity does not differentiate. Conductivity is the inverse of resistance, and measured in Siemens/cm. Usually units are milli-Siemens or micro-Siemens depending on the range. If you were to take an old fashioned multi-meter and reverse the resistance scale so zero is on the left, you’d have the idea. Simple conductivity sensors use two or four electrodes with a known surface area that are placed in the liquid or built into a tube or vessel a specified distance apart. If conductivity is low (high resistivity), the electrodes will typically be close together. If conductivity is high, they can be farther apart. While this is an effective approach, it is prone to inaccuracies if there is sediment or bubbles that effectively insulate part of an electrode. Moreover, electrodes in the solution are subject to corrosion if the product is aggressive. More sophisticated sensors eliminate actual liquid to sensor contact by using a pair of separate coils positioned around a section of non-conductive tubing. One coil has a current passing through it. Conductive liquid passing through the excited coil becomes a transformer secondary, which becomes a primary for the second coil. The amount of current thus induced in the second coil indicates conductivity. While that is a very simple explanation of the technology, the advantage is that there is no electrode exposed to the liquid, which eliminates those related drawbacks mentioned earlier. This design can be configured as a probe or built as a spool section of pipe which can be placed in the process stream. Conductivity can be used to determine the concentration of a solution, as long as the dissolved substances are known. However, since it is indiscriminant, the sensor cannot tell the difference between acid and alkali. In some cases, this is not an issue. For example, conductivity sensors are standard equipment with CIP (clean in place) systems in food and pharmaceutical processing plants. Cleaning solutions used by the system can be acid or alkali, and conductivity sensors are used to ensure solutions have correct concentration for adequate action during cleaning cycles, and again after rinsing to make sure the water is free of chemicals. 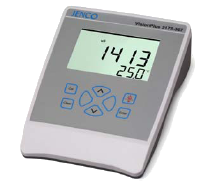 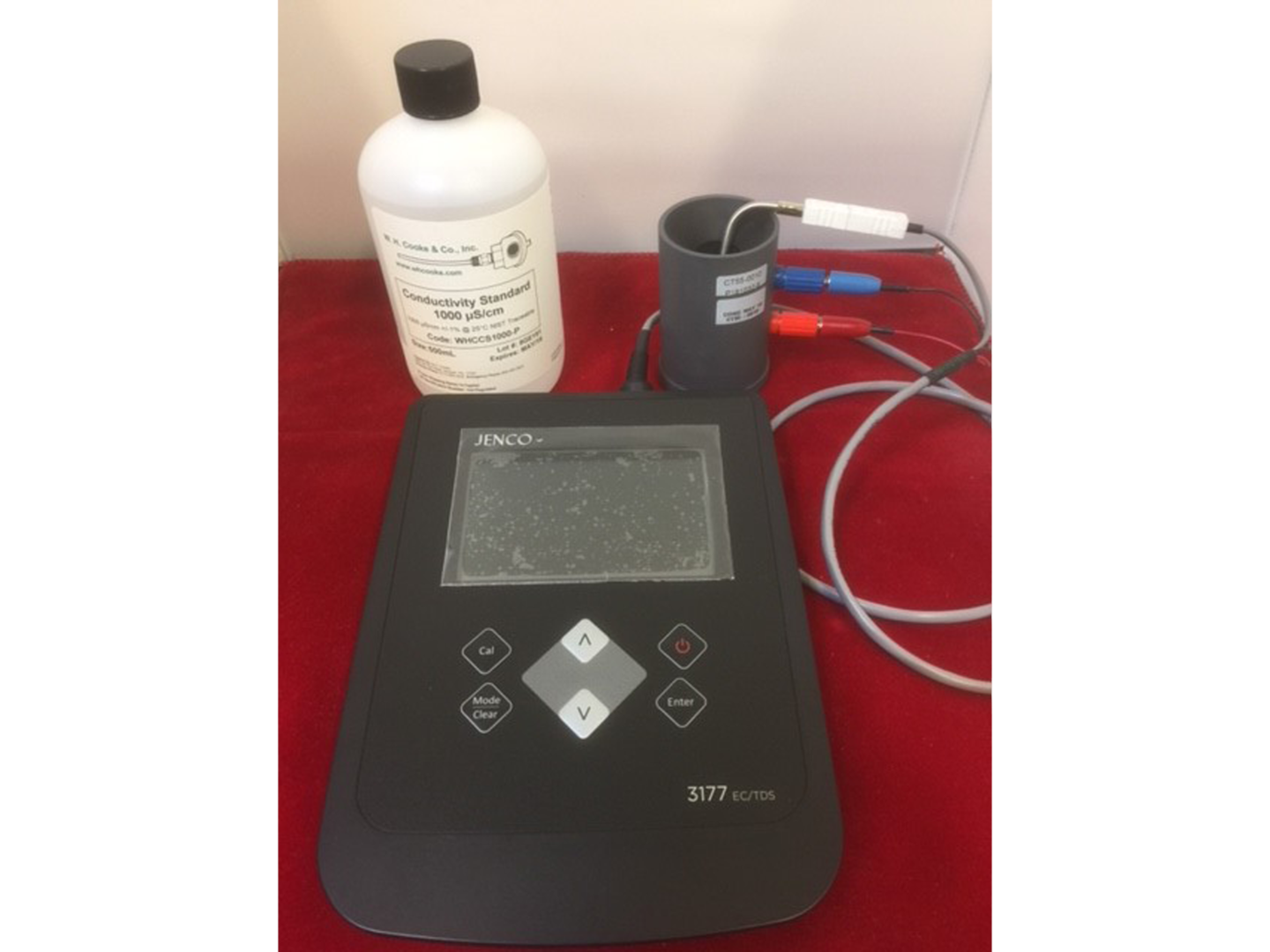 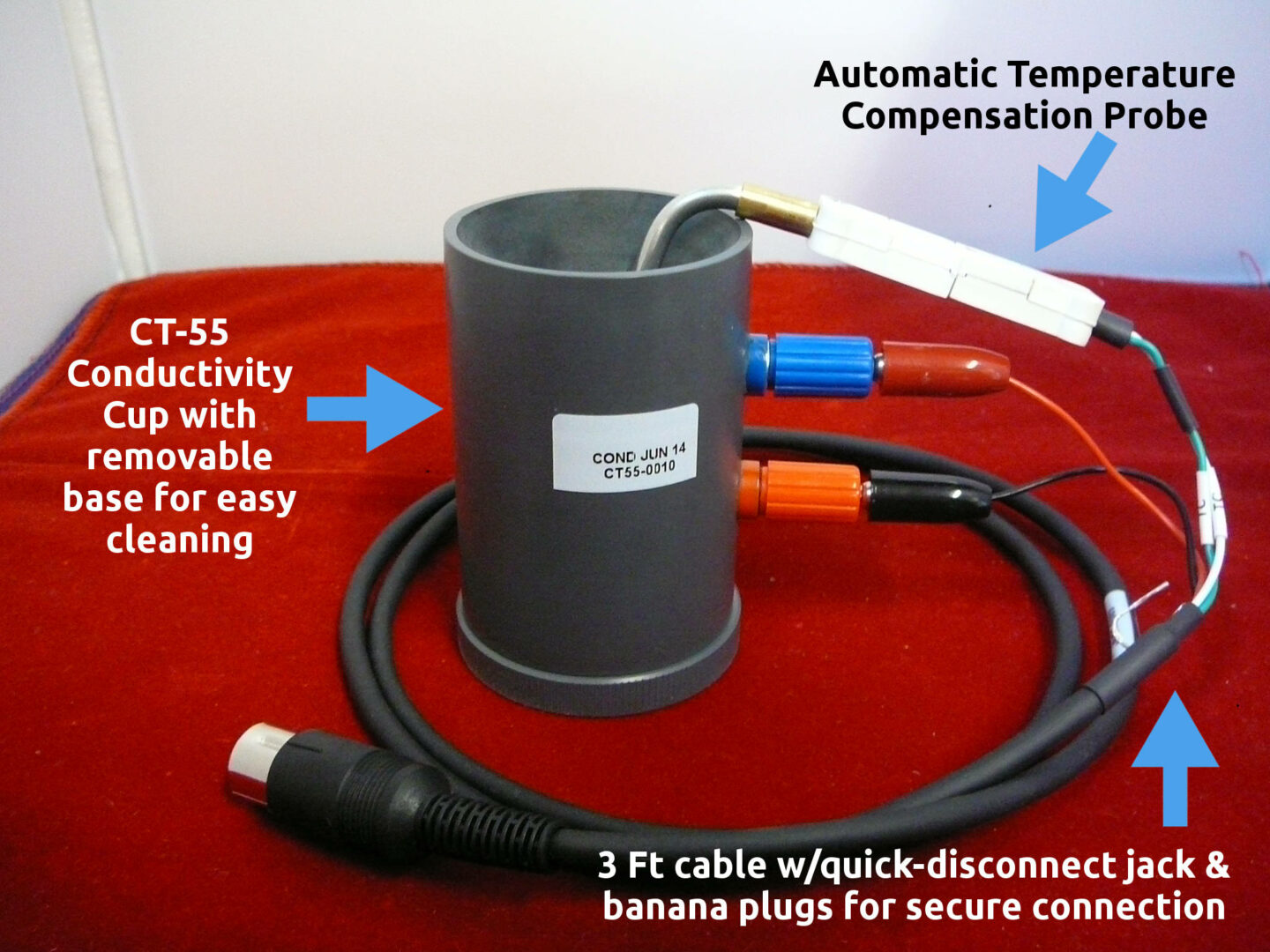 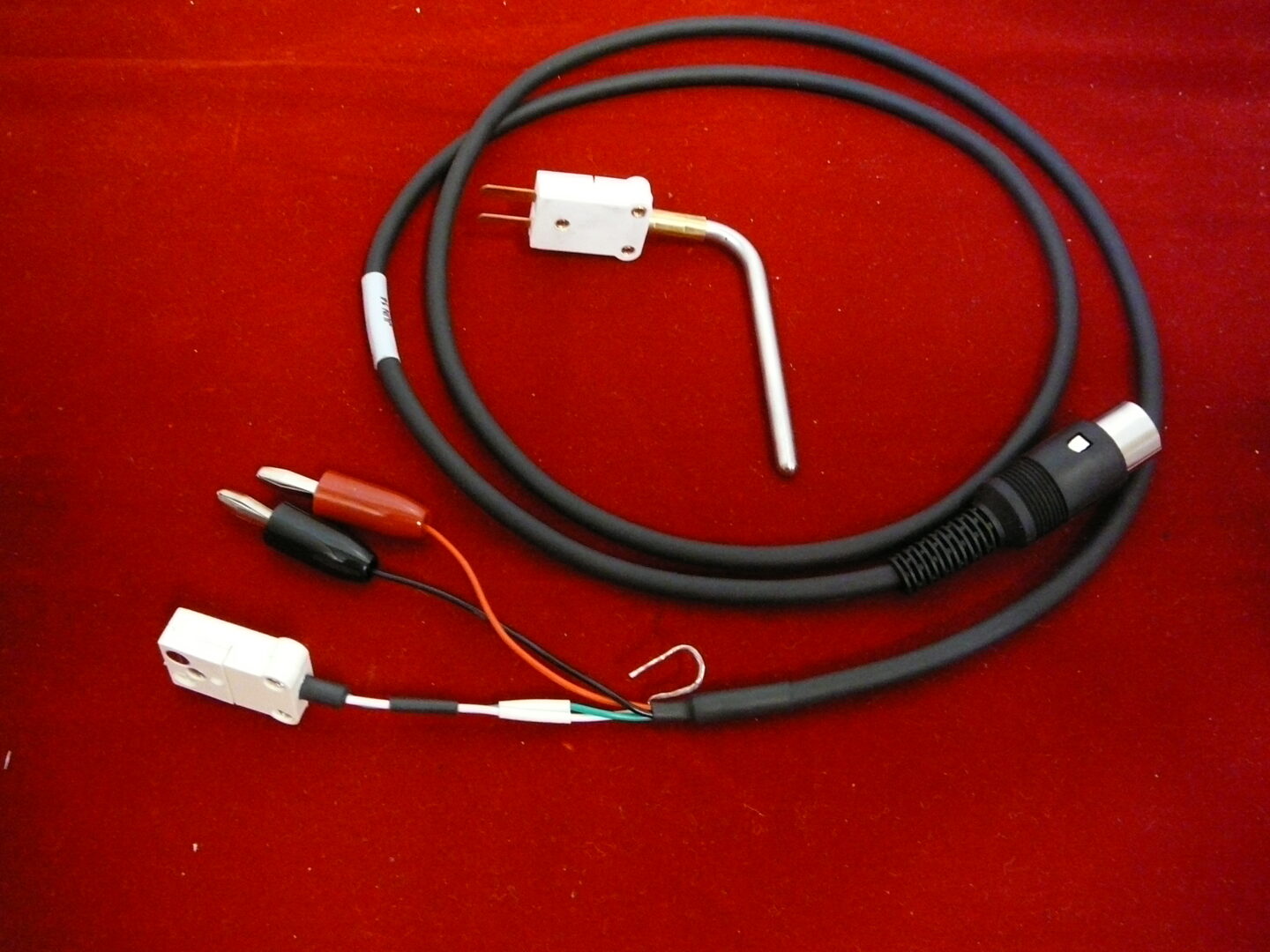 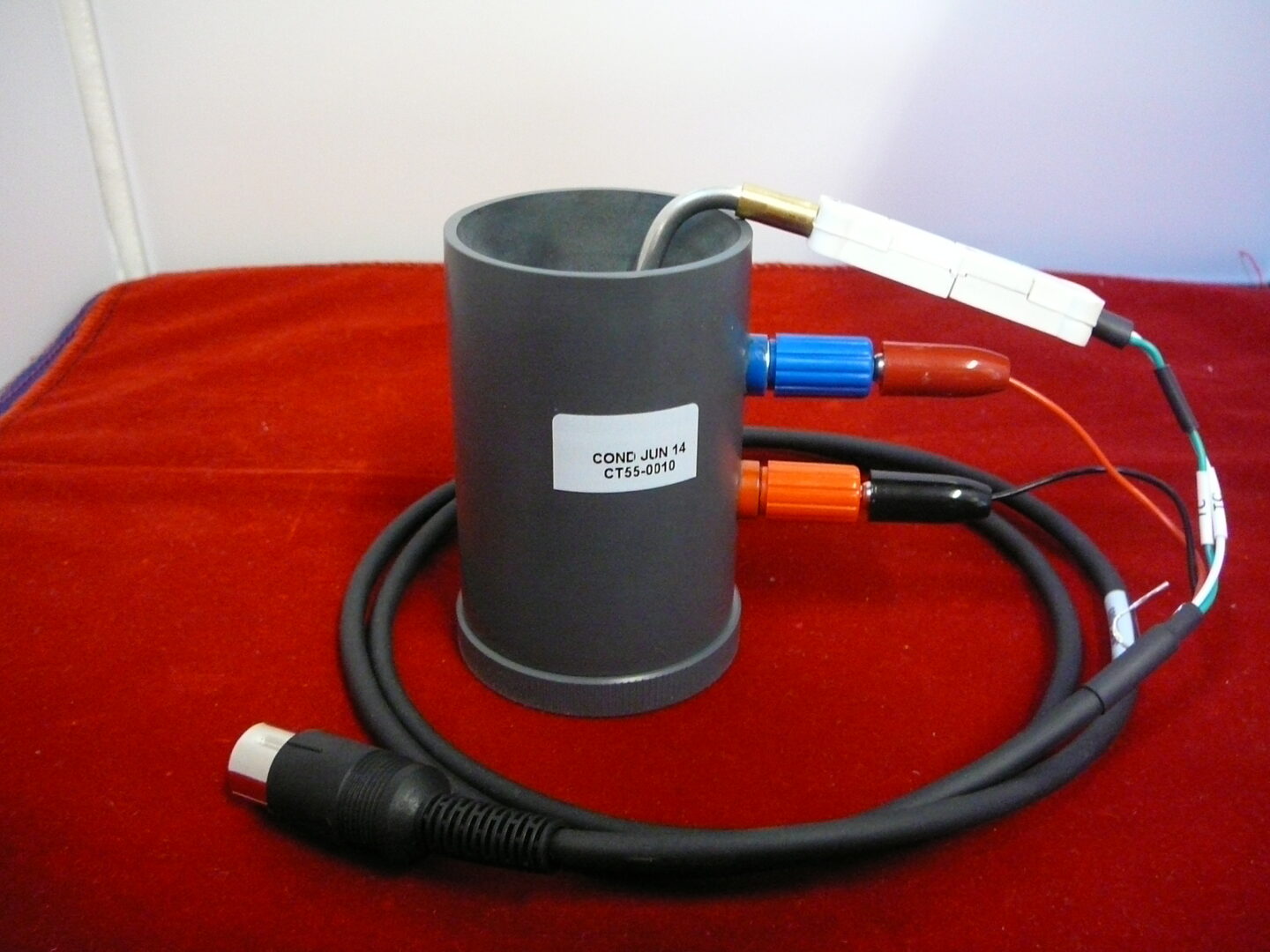 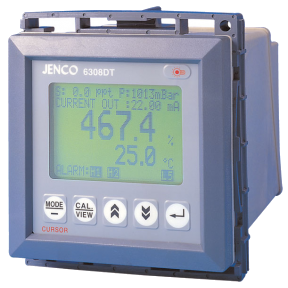 Oxygen saturation or dissolved oxygen (DO) is a relative measure of the amount of oxygen that is dissolved or carried in a given medium. It can be measured with a dissolved oxygen probe such as an oxygen sensor or an optode in liquid media, usually water. The standard unit is milligrams per litre (mg/l) or parts per million (ppm).